Western Rivers is a firm that offers a lot more than simply electronic predator calls when it comes to hunting innovation.

Hunting equipment from Western Rivers includes anything from specialist hunting helmets to ice packs that keep your food and drink cool on extended hunts. They even sell remote operated decoy rabbits.

However, their main claim to fame is their diverse electronic predator sounds that will match every hunter’s budget.

The Western Rivers Mantis 50, which retails for less than $40, is a hand-held predator call that comes preloaded with 50 calls.

You can place it on the ground so you don’t have to hold it all the time, but it still features a backlit LCD display, a keypad for selecting calls and volume, and legs to keep it from falling over.

You’ll have to go elsewhere for more unusual animal cries (like lynx) if you want to use this device because it cannot be reprogrammed.

If you are searching for an electronic call that you can put up and operate from a distance instead of a handheld, pick the Western Rivers Mantis 75R for around ten dollars extra. The Mantis 50 can only hold 50 calls, however this device can hold 75. 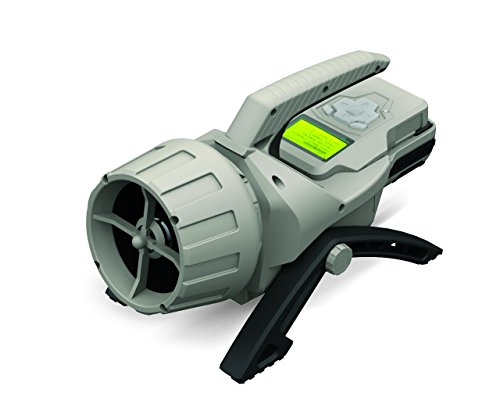 The Mantis Pro 100 electronic caller is a lightweight, small electronic game call with a separate remote control. Even though it lacks the ability to be programmed, the device’s selection of more than 100 sounds assures that it will perform admirably in any hunting environment.

It features a 4 inch speaker and able to broadcast noises up to 110db, plus the flexibility to add a decoy if you like. 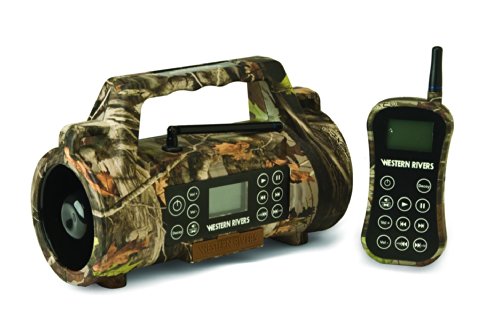 300 preset sounds included with the full-sized Western Rivers Game Stalker electronic predator call. For a reasonable $150 to $200, you can get a remote control that works up to a distance of 250 yards. Like other Western Rivers electronic calls, this item is incredibly durable. 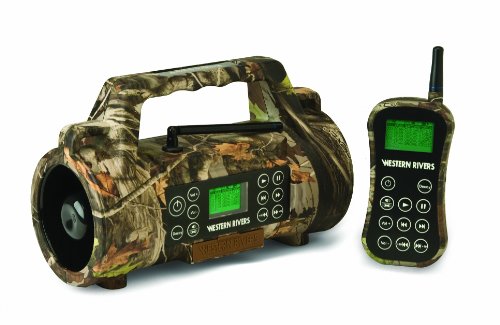 There are 400 preloaded game calls and a decoy included with the Western Rivers Game Stalker Pro, an upgraded version of the normal Game Stalker that costs around $200.

Although it is quite similar to the normal Game Stalker above, if you want additional preset noises and were intending on getting a decoy, this is an obvious decision.

Stalker 360 of the Western Rivers 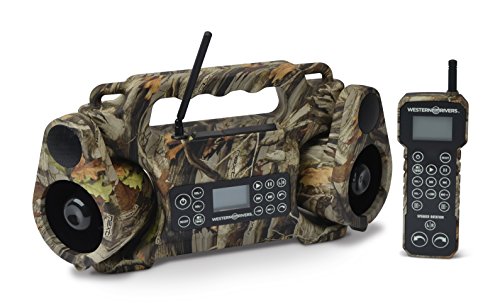 The best predator call Western Rivers provides is the Western Rivers Stalker 360. The Stalker 360 has twin speakers that can be oriented in different directions with the remote, although it is quite similar in style to the Game Stalker.

The Stalker 360 is your best choice if you want complete control over your predator calls. It retails somewhere around the $300 mark.